Virtenio among the top 30 of the best startups from Berlin universities on the first “B!founds Demo Day

On February 26, 2015, the founding network of Berlin’s universities organized the first B!GRÜNDET DEMO DAY 2015 together with Berlin Partner für Wirtschaft und Technologie GmbH. For the first time, company representatives from all over Germany had the opportunity to get to know an exclusive selection of the 30 best start-ups from all Berlin universities. The selection also included VIRTENIO, which presented itself in the atrium of the Technical University of Berlin alongside start-ups and other young growth companies from various sectors with a trade fair stand and a pitch. Virtenio was visited by State Secretary Guido Beermann and Prof. Dr. Christian Thomsen, President of the TU Berlin. 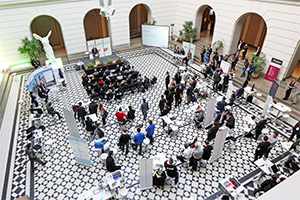 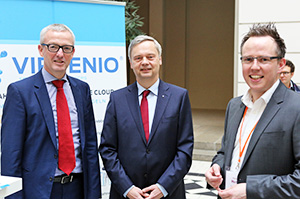